Welp, my house is filled to the rafters with zucchini noodles, so you know what that means: HOMETOWNS!! Guys, we’re down to the final four and if you aren’t stuffing your face with spiralized squash and Paul Newman’s Sockarooni sauce, ya ain’t doin’ hometowns right!!

Eric’s up first so Rachel is in Balitmore, and is Eric maybe attractive now? He isn’t in a suit that’s twelve sizes too large on him, so now it looks like he mysteriously grew 2 feet.

He talks about how dangerous and scary Baltimore is, and I have been binging The Keepers so it’s like bro, I KNOW. You can just get called on an intercom and raped over there. Shit is FUCKED.

Anyway Rachel is very concerned about being the first woman he’s ever brought home, and let me tell you as someone who has been the first girlfriend brought home, that is no fun task. Those moms look at you like you are a WHORE out to STEAL THEIR SON and it’s like ma’am, I’m fourteen, I’m just coming over to eat a Pop Tart and watch Home Improvement.

So I thought Eric had no family, but it turns out he has a ton of family. 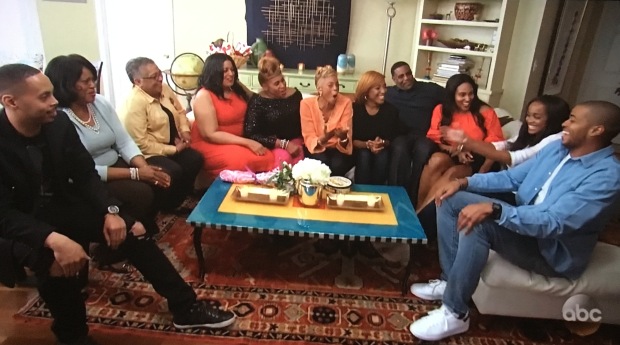 That is like, more family than I would have at one of these things, and my dad’s been married 4 times! Rachel talks to Eric’s Aunt Verna, and she is just a ray of sunshine.

Also there was obviously a sale on sunflowers and the Bachelor producers took full advantage.

Oh, you thought Eric’s family dressed that table? I know an ABC candle set when I see one. Eric and Rachel also talk with his mom and dad and I have to say they are both very SERIOUS. But Eric is growing on me, and I swear to god it’s because he is no longer in an ill-fitting suit.

Eric tells her he loves her, but not really? She is semi-upset that he didn’t outright say “I LOVE YOU” but only said “I’M IN LOVE WITH THIS GIRL” and it’s like I hear ya, Rach, but give the man a fucking break.

For Bryan’s date we jet to Miami, where they immediately blast what I am positive is the theme song from Miami Vice and Rachel holds a weird shitty umbrella. 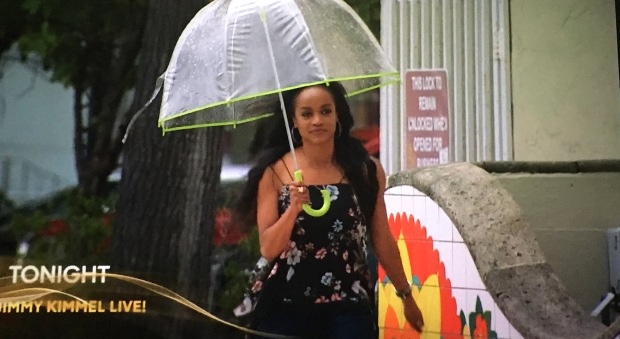 They play dominos, and then attempt to salsa dance but Rachel head butts him in the face. He plays it off well, but if I were him I’d be checking the inside of my lip for blood.

Rachel wants to know more about his family and the fact that he’s an only child (a strike in my book! Ya, I said it!), but instead of really talking about anything, he says he’s obsessed with her smile (ew) and they make out in front of what looks to be delicious sliders. 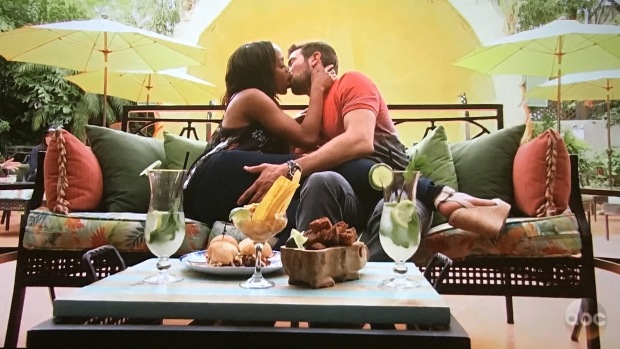 When they get to Bryan’s parent’s place Bryan’s mom immediately cries, afraid that Rachel is going to take her son away from her even though he is thirty god damn seven years old.

He tells his mom that Rachel is The One and you know what she does? GRIMACES. 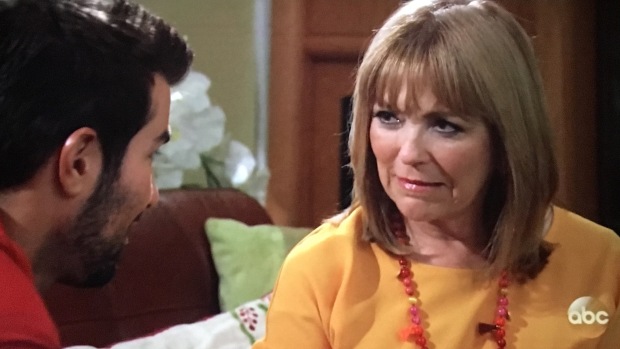 She can’t even hear the words!! She doesn’t believe him and is like honey, baby, my perfect son, you have gone out with a shit ton of girls and suddenly you go on this TV show and you happen to fall in love with the girl?? YA RIGHT. I mean she fucking calls him on it!

She then threatens Rachel’s life, which I find both absolutely absurd and incredibly entertaining.

They don’t even show Bryan’s dad speaking, because he is boring.

On Peter’s date, we start off at the Madison farmer’s market where tens of girls just follow them around pretending not to take photos.

(Tip for all people who attempt to take secret photos of celebrities: It is always, 100% of the time, obvious to everyone within sight of you, what you are doing. Can’t you just be like hey friends, I saw a celeb today! Are you that much of a liar that they won’t believe you?)

ANYWHO! They sit down at a restaurant with Peter’s friends and we learn that Peter has exactly 10 friends, 8 of whom are black. I’m not sure WHY we learn that, but we do. Also everyone keeps saying how goofy Peter is and Rachel is kind of like oh, he seems super fucking serious to me, but okay.

Peter pulls his buddies aside and talks about if he’s really “feeling the feels,” and now I’m questioning if he’s even hot at all. “The feels”? I hate it so much. He confides in them that he is tweaking the fuck out about all of this and is definitely NOT sure that he wants to get down on one knee in 3 weeks.

The thing is, ABC is just teeing this motherfucker up so hard to be The Bachelor. Just lining it up, okay? Because see he isn’t ready NOW, but he will be SOON. Like, next season soon. You watch.

So we get to his house, and his mom’s haircut is what Wisconsin dreams are made of. 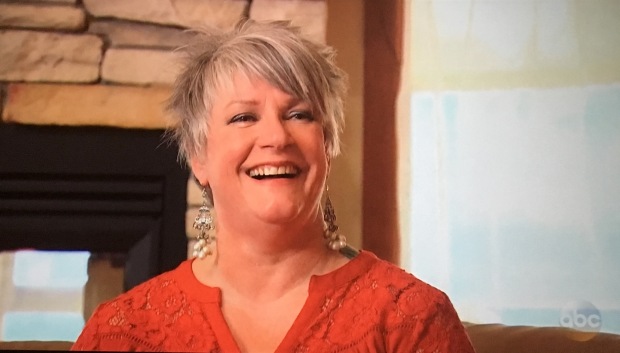 Rachel asks Peter’s mom if she thinks he’s ready for marriage and she’s basically like well, maybe yes, but without a ring, ya know? Rachel is obviously not having that answer. She doesn’t want a BOYFRIEND, PETER. Jesus. She is not a basic bitch.

Also it’s worth noting that Peter’s family went ahead and plugged in their Urban Outfitters lamp sign thing and made it say Welcome Rachel, which I find to be absolutely adorable.

They say goodbye and Peter is like that was fun! And Rachel’s kind of like, was it though? He doesn’t even come close to saying I love you. But you know what, my husband and I didn’t say I love you until a couple weeks before we got engaged either. (I’M KIDDING IT WAS FOUR GOD DAMN YEARS EARLIER.)

Chris Harrison’s VO let’s us know that Coming Up… is Dean’s hometown and I look at the DVR and cackle with pure glee that they are dedicating basically an entire hour to this shit. Yes. Yes. I’m nervous, I’m excited, I don’t know what to expect.

She starts the date by jumping into his arms and wrapping her legs around him, which is what she did on literally every date tonight.

I personally would never do that, because what if they couldn’t hold me, ya know?? Seems like a spooky move.

Dean hasn’t seen his dad in 2 years, so I’m basically putting together that the producers reached out to him via carrier pigeon and got him to sign releases and shit and Dean proooobably didn’t even talk to him. 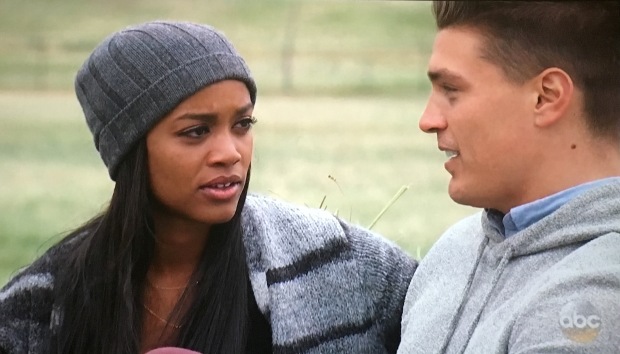 Also Rachel explains that Dean is her “beautiful surprise” and I don’t really like that because it sounds like she’s talking about a baby she had in the back of an Uber or something.

But the time has come. We are going to meet Dean’s father. I’m nauseous, my friend Jordan is stress-eating pickles, and Dean is basically like-

His entire family hasn’t all been together in 8 years and I definitely feel like this on-camera-in-front-of-millions-of-Americans business is maybe NOT THE TIME. Dean tells Rachel that his dad is a converted Kundalini Yogi Sikh and his name is Paramrup. I’ll hold for various googlings.

Rachel doesn’t really understand why Dean hasn’t had an honest conversation with his dad since his mother died, and Dean just hates every single second of this. So they approach the house, and I can sense Dean’s fear through the fucking TV. It is GRIPPING TELEVISION.

They walk in the front door and Dean immediately asks where their table is because they’re all sitting on the floor and I wanna be like Dean, you need to just chill for a second. 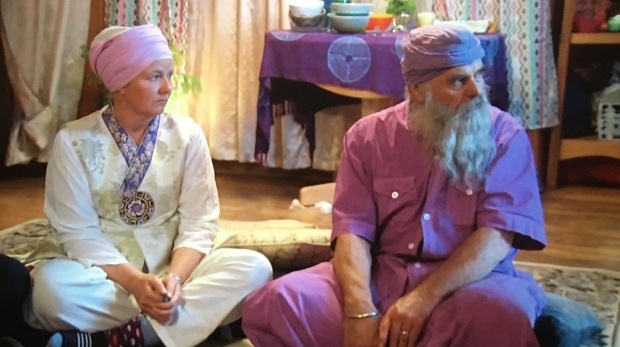 But he can’t chill, because he is too busy “burying every emotion as far down as it can go,” which I assume is a high-anxiety activity.

His dad gongs for them, and although Rachel seems to be enjoying it, you can almost literally see Dean’s skin crawling.

Rachel isn’t even bothered by any of it, she’s eating all the damn mung beans she wants, just along for the ride! But that fun is short lived, because now Dean and his dad need to have a one on one conversation.

So here is the thing. They start by screaming at each other about Dean’s mom’s death, and then they have the type of conversation that you can tell is getting nowhere but neither one is backing down, and I swear to god I basically blacked out for the entire thing. I have no pics of it, no notes. I have never watched this show so intensely, so quietly, ever before in my life. Like I am all about DA JOKEZ in these recaps but I gotta say, that was some real shit right there. Reality TV may be 98% fake, but that definitely fell in the 2%.

Next Rachel tries to talk to Dean’s dad, but he’s too upset and gets mad when he sees cameras. He is totally nice about it, but you can tell he is SHAKEN UP and probably wants all these dumb asses to pack up their lighting gear and GTFO his lawn.

Before Rachel leaves, Dean tells her he’s falling in love with her and she says she is too.

Also Rachel reuses her shitty Miami umbrella! Ditch it and get a classy plain black one, babe.

But she has a hard decision to make. Having gone on all 4 dates, she must now sit with ol’ Chris Harrison and discuss her findings while wearing way too much makeup.

At the rose ceremony the first rose goes to Bryan, then Eric, and I am positive that Peter is going home. I figure hell, they know they want him to be the next Bachelor, might as well kick him off now and start him on a good workout regimen. 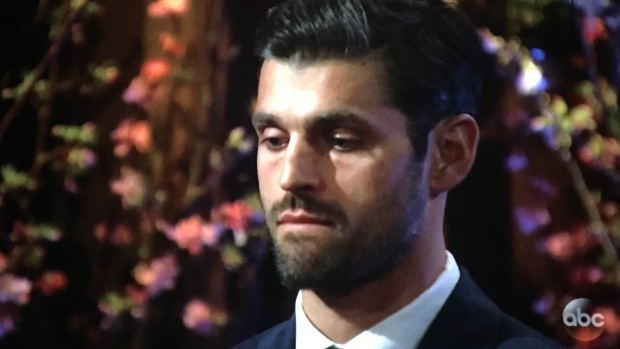 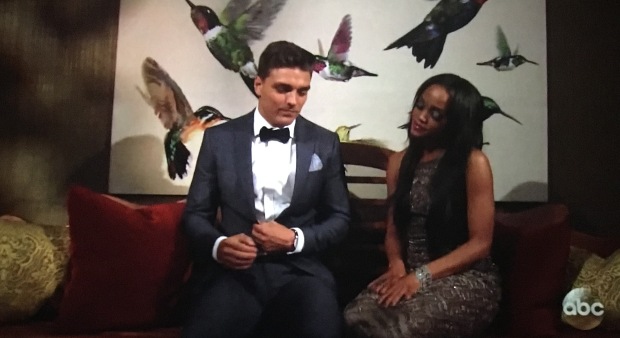 He’s basically like um, ya know, if you were going to kick me off you didn’t have to say you were falling in love with me?? And she says that she meant it at the time blah blah, and I want him to scream into her glitter-caked face, “YOU MADE ME SHOW MY WEIRD FAMILY SHIT ON TV, YA DUMB BITCH!!” But I guess he’s classier than that so he just sort of leaves in a huff.

Read last night’s recap here. Or other ones here.

Next week we’re off to España, which I’m very excited about. Will Rachel talk about how Eric’s never been in love? Yes. Will Peter decide if he actually even likes Rachel? Maybe. Will Bryan’s ears get less pointy? No.

One thought on “The Bachelorette recap: “What Does He Want Me To Call Him?””