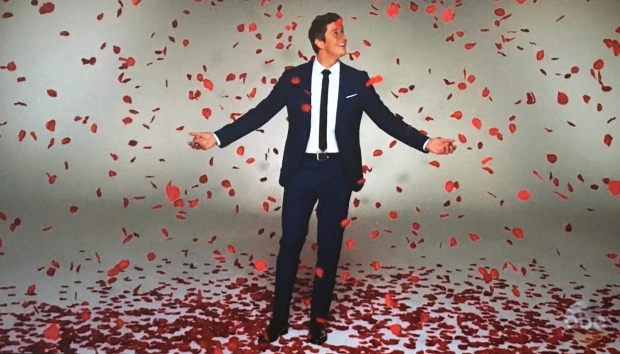 I’m going to be totally honest with you guys, the mere thought of starting off 2018 with a freshie fresh season of The Bachelor is what pushed me through the end of 2017 and the accompanying massive head cold I’m suffering from that’s making everything I eat taste like oven-roasted cardboard.

When I first heard Arie was the next bachelor I was pret-ty bummed, mostly because I firmly believe you should never trust anyone with an added E in their name. Also because the last time he was on the show was 45 years ago and the only reason they picked him to do this was because they were in the 11th hour of negotiations with hot ass Peter Kraus when they realized, “Hey, didn’t that race car driver already fill out all the paperwork for this bullshit? Get him on a plane, he can be on Good Morning America in six hours!!” But I’m a sucker for even a dorky bachelor, so I guess I’m in.

That’s right, we pour through his entire soul-crushing heartbreak and it’s like, we get it, homie was muy triste. Let’s see some new fucking footage.

We finally meet some of the girls, and one of them is hot single mom Chelsea who pronounces the word bachelor, “Bach-e-lor.” There is also Maquel the photographer, who might not be clear on which eye she’s supposed to close while taking photos.

Tia is Raven’s friend from Weiner, and Kendall the ukulele player loves taxidermy. Short-haired Bekah M. (which sounds like a rare breed of bachelor contestant) doesn’t have an age next to her name, so my guess is she’s 14 and Chris Harrison has finally teamed up with Chris Hanson. Exciting stuff!

As more and more women get out of these limos to meet dopey ass Arie, I’m starting to sense a theme here: all of them are god damn smoke shows.

If I were on this show and I’m positive I would fall into the category of “real world 8 but a bachelor 4.”

Workout enthusiast/bicep queen Krystal steps out of the limo and actual Cinderella music plays and it’s like c’mon, producers. You don’t need to immediately spill the beans that this chick makes it far, do you??

Meanwhile Chelsea is already starting to be a catty ass bitch. As soon as Bekah M. rolls up in a red Mustang, Chelsea swallows a huge gulp of haterade and washes it down with an eye roll. Bekah M. doesn’t care in the absolute slightest, because she is funky and AGELESS! 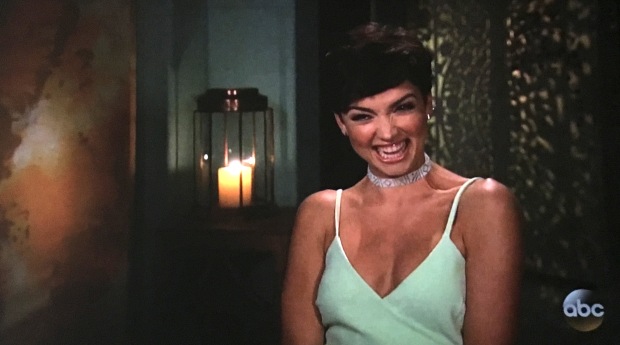 But Chelsea isn’t the only one starting to tweak, there are LOTS of women whose Spanx are in a bunch. There are just TOO many girls for any of them to handle.

There are, and I am in no way over-exaggerating this, 400 Laurens and 203 Beccas. I’m very much anticipating that halfway through the season a civil war breaks out in Bachelor mansion and it’s just Laurens and Beccas, fighting to the death while a few rogue Ashleys turn one of the cabanas into a makeshift hospital. (This head cold is really making my fantasies VIVID!!)

It’s Amber’s turn to meet him and what does she do? She um, welp, she has Arie smell her armpit.

But wait, is that the not-at-all-familiar sound of a race car pulling up? YUP! Our photographer friend Maquel steps out of an actual race car in a floor length blue dress and immediately shakes her hair back and forth and I am like YAAAS, WERK!!!! Love it.

Chelsea doesn’t love it, but Chelsea and I would never be friends, so it’s okay if we disagree.

Speaking of ol’ Chels, now that everyone has gotten out of the limos and Arie has made a VERY GENERAL toast about love and journeys and shit, Chelsea grabs Arie to talk to him first and immediately turns herself into this season’s villain.

But Brittany T. pulls him aside soon after to race tiny cars and snags the first kiss from the god damn Kissing Bandit! I get the feeling she enjoyed herself.

Now, I’m going to get real with you guys about this whole “Kissing Bandit” shit. Arie is NOT a good kisser. I don’t know why the people over at ABC are trying to show us a Brussels sprout and say it’s birthday cake. Every single time he kissed Emily on her season I cringed my fucking pants off, because Arie grabs onto people’s faces when he kisses them and it freaks me the hell out. He also opens his mouth very wide and I’m sorry but IT’S TOO MUCH FOR ME!!

Yet none of this matters, because we have moved on to crazy ass Jenna rubbing his feet.

Um, ew. He’s been sweating into dress shoes for possibly twelve hours at this point. That’s a No from ya gurl Sam Jarvis. (That’s me. I’m Sam.)

Okay so by now it’s the middle of the night and everyone is worried, stealing him away from other bitches, getting champagne drunk, you get it. It’s business as usual until someone says, “I do actually own a spray tan company…” and I suddenly hear the CACKLING LAUGHTER of my husband from behind his New York Times crossword puzzle. He can’t get over it! Cattier betch than me, I tell ya.

But super villain Chelsea is not here for anyone else kissing him, talking to him about spray tans, etc., so she steals him away from biceps Krystal to talk to him AGAIN even though not everyone has had a chance to talk to him yet. Ooooo gurl!! You better sleep with one eye OPEN. They of course make out, and this is exactly what I’m talking about, ladies and gentlemen:

It’s creepy, I don’t like it, and I don’t get why Chris Harrison is forcing me to think this is good.

Arie then talks to Bekah M. and says that excitement makes him excited about life. That is a direct quote. 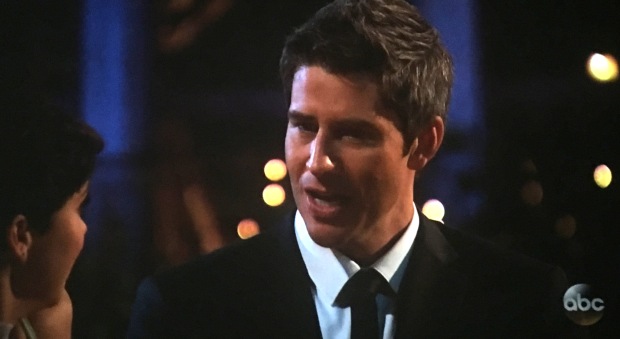 She is kind of like da fuq? But he quickly says he meant ya know, adrenaline and for some reason it’s fine now, even though if I were her I really think it would be tough to marry someone who I know for a fact once said that excitement makes him excited about life. That is so fucking stupid. 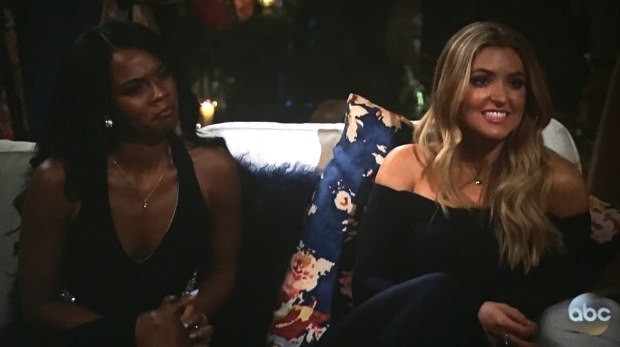 Arie then gives out the rest of the roses to all the women who resemble supermodels, until all that’s left are the normal looking girls. He says goodbye to all of them.

So a bunch of girls who I’m sure are totally nice and educated and interesting are now sad sad sad and it’s like, 9:30 in the morning. 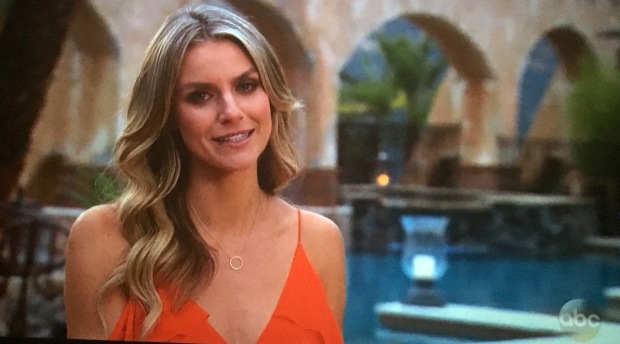 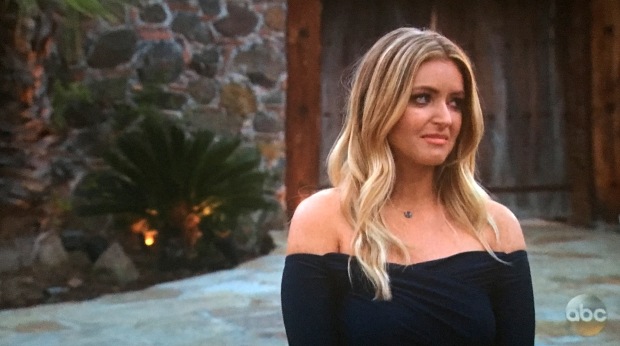 They don’t even realize they’re going to cry all the way to the airport in RUSH HOUR TRAFFIC. Man, they can’t catch a break!

Meanwhile all the other girls back in the house are like baiiiiii.

And there you have it, night 1 of what I’m sure Chris Harrison thinks will be the most dramatic season ever.™ My immediate frontrunners are Bekah M., Caroline and Krystal, with villain Chelsea placing fifth??

Tune in next week for more shots of Arie grabbing people’s faces when he kisses them! Does he get lost in a desert? Eventually, yes! 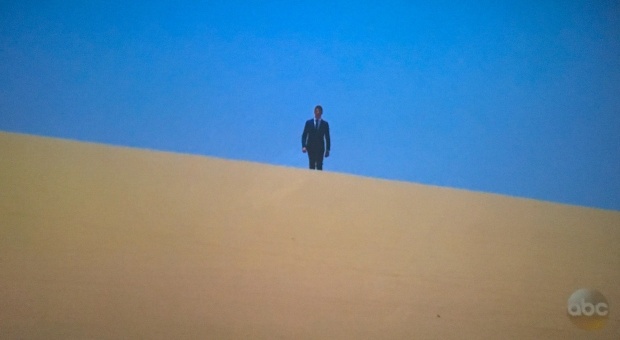 Feel free to send this recap to literally all of your coworkers, and please enjoy this photo of me excitedly watching the premiere:

One thought on “The Bachelor Premiere recap: “Please Tell Me You Don’t Have a Little Wiener””