Let me start this Bachelor in Paradise finale with a little preamble (“More like a pre-RAMBLE!”–You guys). I need to shout out my friend Desiree and give her a formal very public THANK YOU because this bitch texted me earlier today and was like, “IT’S THE FINALE TONIGHT BUT WHAT THE FUCK IT SAYS THERE’S AN NFL GAME ON??!” I’m paraphrasing her exact words, but you get my point. So I go into full blown panic mode until I can find what god damn channel this shit is playing on and you know what? It WASN’T SET TO RECORD on the new channel. I mean, whoa, guys. WHOA. That was close.

So back in paradise, Chris Harrison has just informed everyone that it’s their last day here and if they don’t see a real relationship with someone they should probably GTFO. Also Robby’s tank top is real, real bad.

Lacey is very attached to Daniel at this point, and I think it’s cute until she tells the camera that she’s in love with him and I hear myself go WHAT?? Out loud.

Everyone needs to have individual “talks” with the person that they’ve had tequila fueled tongue kissing with to decide if they’re going to:

Naturally Jack Stone tells Christen that he wants to leave paradise together and see where this goes, and Christen is basically like… HUH???? She keeps repeating over and over that they’re ACQUAINTANCES and he is looking at her like, “Um, I don’t typically finger bang my acquaintances?” I mean look I don’t fucking know what they did in paradise, but it’s safe to say that Jack Stone is surprised by the fact that this girl thinks they have just met ten minutes ago.

She explains that every conversation they’ve had has been “swirly” and I’m officially done with Christen. She’s done too, so she walks out to the ocean and never returns.

Christen belongs to the sea now, everyone. She has turned into a scallop just like the spell promised if she didn’t find love.

Jack, meanwhile, is not a happy camper. 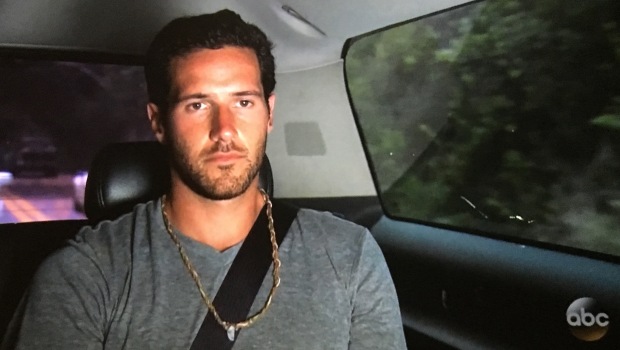 Nah, not at all happy.

Tickle Monster and Jasmine decide they’re friends (duh), Adam asks Raven to the fantasy suite, and Dean sits down to talk with Danielle.

Now here is where things get MUY INTERESANTE. Danielle wants to date outside of paradise, she’s all in, and Dean’s complimenting her so she’s smiling and things are going well. Literally every time he says anything she goes, “Ya.” “Ya.” “Ya.”

But then this dude, he’s suddenly pulling the, “You’re a great girl BUT…” on her and it is really a site to be seen.

And right after she reupped her eyelash extensions?! Savage.

All of a sudden he’s bringing up KRISTINA and how SAD HE IS that she’s gone and he really just needs to get back to her because he’s tweaking the fuck out about how he can’t contact her and now he’s CRYING ABOUT IT AND SAYING HE LOVES HER.

What the actual fuck is going on right now. Danielle is like okay… ? Then one of the producers asks Dean what he would say to Kristina right now.

I’m pretty sure what he SHOULD say is wow, I’m a raging asshole who needed to put my dick in something hot before settling down with you. (He of course does not say that.)

Robby is basically in love with Amanda and wants nothing more than to show her how he styles his downstairs hair (ew, Sam). But Amanda is just out of nowhere crying, and I know it’s because she did this shit before and let’s just say it didn’t work out. People can hide anger problems in paradise, guys! She knows it! Anyway so they break up and he’s fucking mad about it. 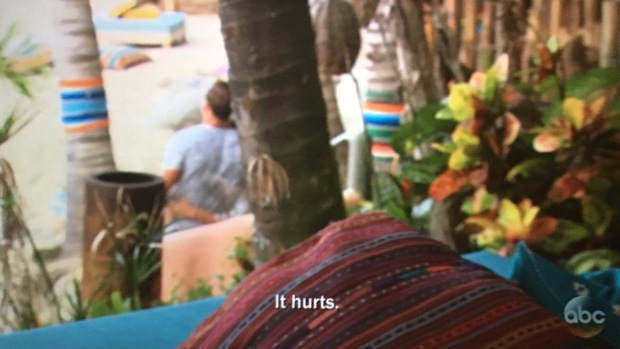 For Lacey and Daniel’s fantasy suite date, there are 13 throw pillows on the couch. 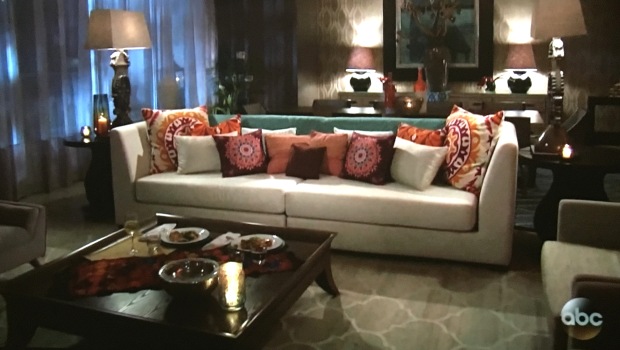 They have a serious convo (not about the throw pillows), where she tells him she’s falling for him and he reciprocates the feelings. Lacey then tells the camera that if he were to propose she would say yes and girl, you have lost me. 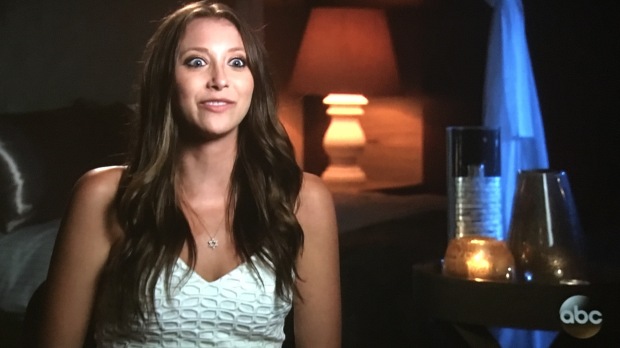 My husband, who is in and out of consciousness at this point, lifts his head up and goes, “She’s left this planet” and you know what I have to agree. This bitch is crazier than Jim Carrey in that nutso interview Catt Sadler had to claw her way out of.

On Taylor and Derek’s date, Taylor wants to be spiritually connected by sex, and Derek can’t wait to get to know her in… that way. The entire conversation gives me the heebie-jeebies.

Adam and Raven’s date is fine, they make out and it’s boring. Sorry, but it is.

Back with our studio audience, Chris Harrison sits down and explains that this season of Bachelor in Paradise has been the ACTUAL most dramatic season ever, and there’s more to be discussed with Corinne and DeMario.

Um, is there tho, Chris? I’m personally done with it. We’re all done with it. You guys don’t need to keep trying to save fucking face over there. What you should be discussing in those closed door ABC meetings is why in the fuck you’d pick ARIE to be the next bachelor. You wanna talk about a subject that NEEDS TO BE DISCUSSED…

Anyway so Corinne and DeMario sit down and admit they’re both in therapy, and then they hug. Riveting, guys. Really good footage you’re getting here. Honestly Corinne just wants to get back to designing her clothing line, and here is Kristina’s face when she says that: 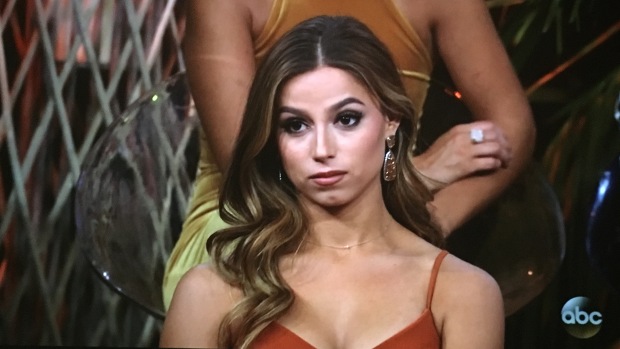 Seriously they need to just scrap this whole Arie bachelor thing in general and go right into another season of The Bachelorette with Kristina at the helm. I’m all in.

We finally get to Dean, who honestly looks fucking miserable right now.

Chris asks him about the self-induced shit storm of emotions that was his summer, and he gets all choked up talking about Kristina and how he had to unfollow her on social media because it crushed his god damn SOUL to see photos of her.

Kristina is done, okay? Homie don’t play. You fucked up, she’s out. But Danielle interrupts to add that the second they landed back in LA Dean called her and CAME OVER and they hooked up. Dean does not react well to her calling him on his shit. 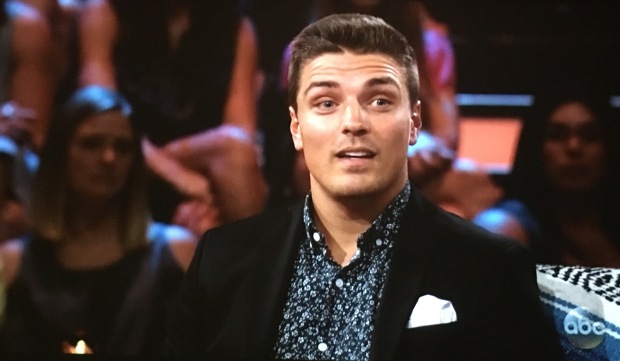 So now we know that Dean was basically doing the exact same thing to both of them in LA. Dean, Bachelor in Paradise was not a good place for you. Image-wise.

Now Amanda’s in the hot seat, and says Robby did a lot of sweet things for her like bring her avocado toast every morning, and it is the most basic bitch thing I’ve ever heard in my life.

I guess they dated for awhile in LA but are NOT ANYMORE, and now I’m very interested to see these two hash it out. 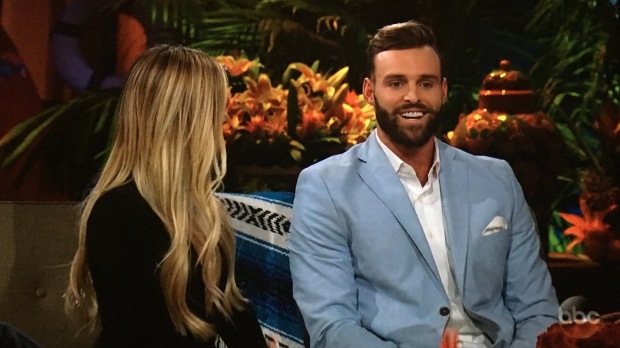 The twins say he cheated on her, and as soon as he comes out Haley and Emily are already screaming, “WHAT HAPPENED IN COLORADO?!” from their chairs.

At one point Amanda says that they just wanted different things and he goes OH I KNOW and it makes me cackle out loud. Very tense.

Now Lacey and Daniel need to talk, because after all that fun and love it turns out Daniel was making all of it up and basically did not like her. We also learn that they met a year ago and hooked up, which I found very interesting!

Daniel has to explain himself, and the important thing to note here is that he is wearing a child’s button down.

Oh that, and he’s obsessed with Facebook relationship statuses, which is not even A THING anymore, Daniel.

Raven and Adam are up next and it’s hard to tell if they’re happy.

I’m kidding, they’re the happiest. They show footage from the morning after their fantasy suite, and I’m left wondering if they somehow teleported to an African safari. 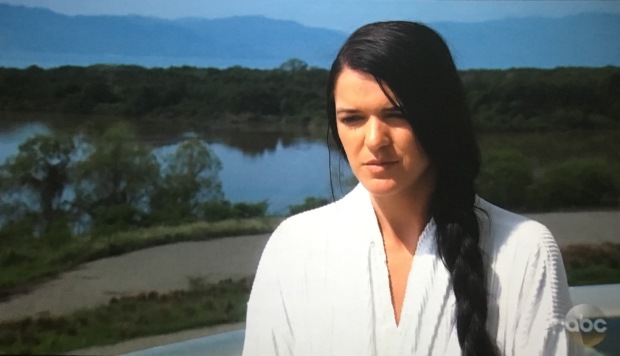 Look at that background! Am I crazy? There could easily be an elephant drinking next to a rhino at that watering hole. No?

Finally Taylor and Derek arrive, what we’ve all been waiting for, and Corinne is not really here for Taylor’s face, ya know?

God she fucking hates Taylor so much still! It’s great.

We relive Taylor and Derek’s love story, and they seem SO FUCKING HAPPY and so of course Derek does what we’ve all been waiting for Derek to do, and gets down on one knee with the fuckin’ Neil Lane diamond.

It’s trés cute. There are sobs everywhere, and Chris Harrison pulls them in for one of the more awkward group hugs I’ve witnessed on television. 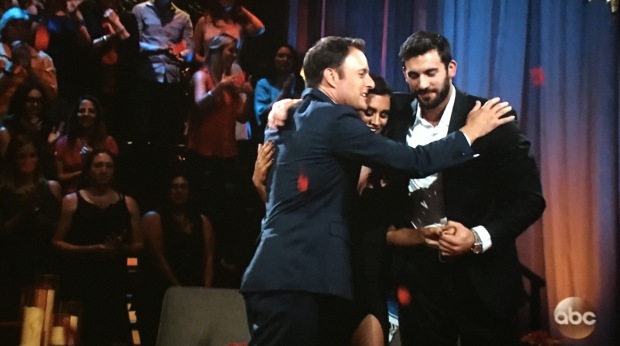 And there you have it, folks, season four of Bachelor in Paradise! Where were Sarah, Matt and Ben Z. during the after show? Don’t care, don’t care, with his dog. In that order. 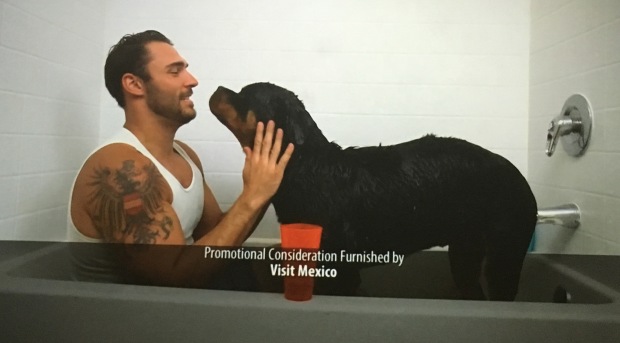 The Bachelor might be on a break, but Sam Jarvis never sleeps! (Except in tiny increments when I blink.) Be sure to check back for more fun recaps.